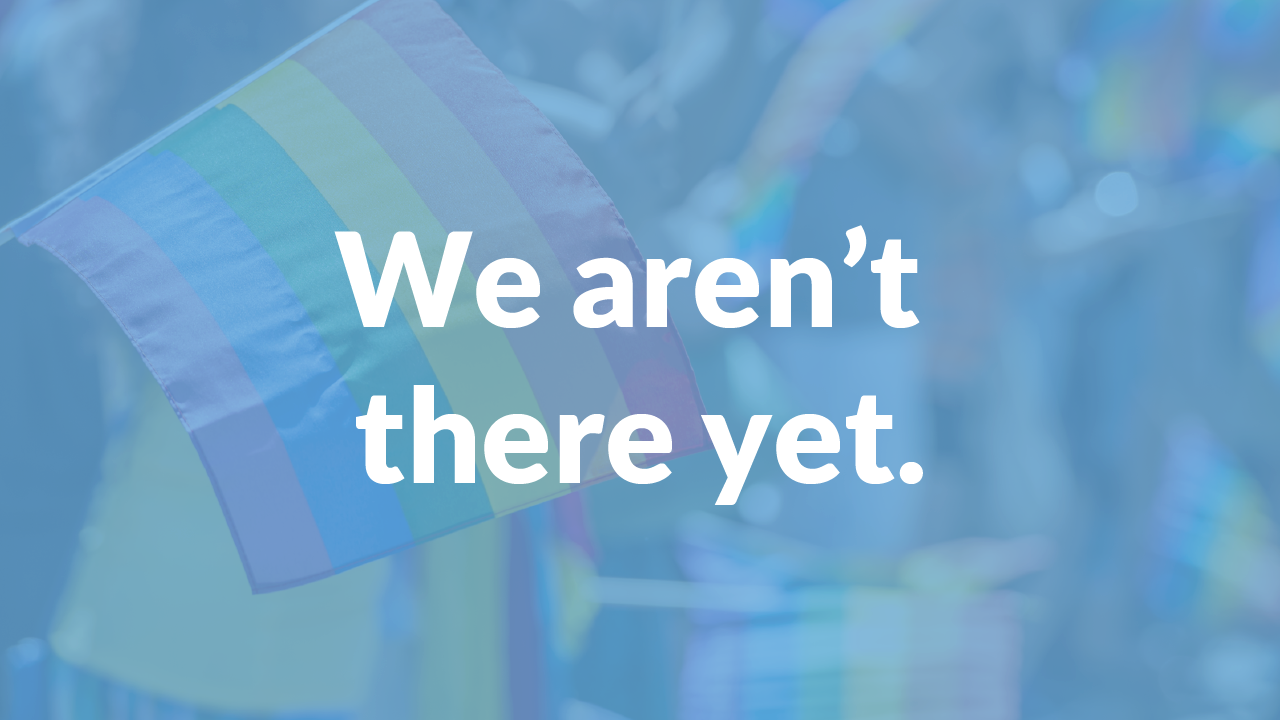 Why can't we just all be humans?

“Why can’t we all just simply be ‘humans?’ Why so complicated? Aren’t there more than enough labels already?” I’ve heard this question time and time again during workshops, consultation sessions, and even casual conversations. Usually, in my experience, this series of questions comes from well-meaning people who are most likely feeling overwhelmed by the number of options for naming attraction and gender identity. So, if you have ever wondered this question, this post is for you!

First, I want to acknowledge that it would be absolutely lovely if everyone could simply be themselves and we understood human attraction, identity, and expression as consisting of a never-ending spectrum of possibilities- and people could just do what feels right to them! Here’s the thing though- unfortunately, we are just not there yet. In general, we still expect people to fit into particular boxes of set gender expressions, roles, relationships, and families- and we assume that people are following the rules of those boxes unless they tell us otherwise. In fact, I would argue that until people don’t have to come out about their attraction or gender, we are not ready as a society for everyone to simply be “humans” without any labels.

Second, let me tell you some of the functions of labels and hopefully you will see why I am saying they are still needed. The fact that new labels are developing, evolving, and being accepted by many is a good thing! This means people have a way of realizing they have many options- and the presence of many labels allows people to try out understandings, ways of expressing, and ways of being that might feel comfortable for them.

Labels also serve as a way of finding one another; of finding others who have felt similar ways and have experienced similar marginalization, feelings of invisibility, and barriers in their life too. In other words, labels serve as a tool for community-building. Everyone has the basic needs of understanding ourselves, knowing who we are, feeling validated, and feeling like we belong. The way that we engage in these processes is through language. So sometimes we have to adapt, evolve, or fully create current language.

Similar to community-building, labels also serve as a way of organizing. We need to confront how the statement “Why can’t we all just be ‘humans’?” actually undermines peoples’ ability to organize. This question can be used as a weapon against diverse peoples. It denies people the right to name themselves. It attempts to reduce the very real and valid need to find one another into some kind of inconvenience for those who have never had to do the work of questioning, trying out understandings, and finding supports who truly accept us for all of who we are. And, I would argue, most importantly, saying “Why can’t we all just be ‘humans?” can be an attempt to take away peoples’ ability to organize and advocate for change. If we can’t name an experience, then we can’t create awareness about it or fight for the end of interpersonal and institutional violence. If we can’t identify that there are patterns of particular kinds of people experiencing injustice, then we can’t advocate to end systemic barriers. If we can’t name experiences of a particular group, then we can’t fight for rights, including the right to simply exist as we truly are.

So, now what? It wasn’t your intention, but you realize that maybe you didn’t ask the most helpful question, and you don’t know what to do now. Well, Safer Spaces has some advice. We like to take the phrase, “I think, therefore I am” by Descartes, and change it to “I identify, therefore I am.” In other words, people are who they say they are. It is that simple. So instead of wishing there were less identities to keep track of, or feeling overwhelmed, just remember that you don’t need to know every little detail to meet someone where they are at, respect the name and pronouns they have asked you to use, and avoid making assumptions about their relationships, partners, or family.

Know when content opens up, when time is almost up, product progress, and other important updates. You can unsubscribe anytime.

Please use the same email you used when registering.